To have the optimal experience while using this site, you will need to update your browser. You may want to try one of the following alternatives:

Fire Extinguishers - What You Need To Know 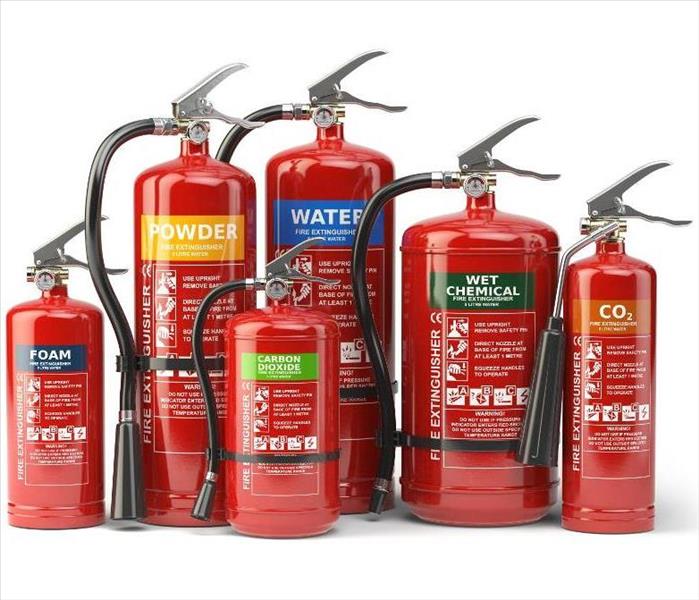 If you were given five seconds to answer the following questions, could you?

The Fire Triangle, which is technically a tetrahedron because it has four elements, explains what is necessary for a fire to exist. A fire needs oxygen to sustain combustion, heat to raise the material to its ignition temperature, fuel to support the combustion and a chemical reaction between these three elements to sustain itself. Removing any one of the four elements will extinguish the fire.

A fire extinguisher should be placed on each level of your home or office building, and especially in places where fires are more likely to occur, like the kitchen and garage. They should be easily accessible and never covered or surrounded.

We’ll start by classifying the different types of fires. The source or cause of the fire and its location determine what must be used to extinguish it.

CLASS A: contain ordinary combustibles such as wood, paper, cloth, rubber and many plastics.

CLASS B: are in flammable liquids like gasoline, petroleum greases, tars, oils, oil-based paints, solvents and alcohols. Class B fires also include flammable gases such as propane and butane. These do no include fires involving cooking oils and grease.

CLASS K: fires in cooking oils and greases such as animal and vegetable fats.

Water and Foam: takes away the element of heat in the fire triangle. Foam agents also separate the oxygen from the other elements.

Carbon Dioxide: take away the oxygen element of the fire triangle and also by removing the heat with a very cold discharge.

Dry Chemical: extinguish the fire primarily by interrupting the chemical reaction of the fire triangle.

Wet Chemical:  a new agent that extinguishes the fire by removing the heat of the fire triangle and prevents re-ignition by creating a barrier between the oxygen and fuel elements.

Clean Agent: Halogenated or Clean Agent extinguishers include the halon agents as well as the newer less ozone depleting halocarbon agents. They extinguish the fire by interrupting the chemical reaction and/or removing heat from the fire triangle.

Dry Powder: similar to dry chemical except they extinguish the fire by separating the fuel from the oxygen element or by removing the heat element of the fire triangle.

Water Mist: take away the heat element of the fire triangle. They are an alternative to the clean agent extinguishers where contamination is a concern.

Use of A Fire Extinguisher

Remembering how to use any fire extinguisher is simple if you can remember the acronym P.A.S.S:

When purchasing a fire extinguisher, it is important to check the classification listed on the packaging. Manufacturers make it easier on consumers by labeling their products based on the type of fires they’re formulated to extinguish. Most home improvement stores carry products that carry Class A through Class C. Consider the types of materials within the are you're placing the extinguisher, in kitchens it is best practice to have one classified for grease fires as well as multi-purpose.